We are open and are taking all precautionary measures to ensure our communities' safety. We look forward to welcoming you in to the clinic at your next appointment. Read More
. 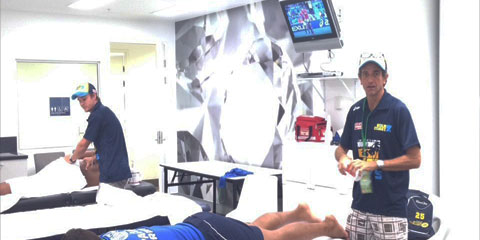 Firstly, looking forward we would like to mention  Rugby 7’s is now an Olympic Sport commencing in Rio 2016.

I provided Sports Physio assessment and treatments at the event for the 3 days. We had a few broken bones and knee strains, collarbone fractures and many bruises and lacerations but thankfully no serious injuries.

This is a high level IRB tournament and is part of the World Sevens Series of events. Most of the teams have their own physio’s but my job was to help teams who didn’t have physiotherapists and importantly the referees.